skip to main | skip to sidebar

'More There is' by As The Story Unfolds

Tomorrow sees the release of ‘ More There Is’ by As The Story Unfolds.

I’ve been thinking of in which genre to place the music but there isn’t an obvious answer.

What the listener hears is exciting music full of textures,

There is a lot of guitar on this album, which is unsurprising as the music is by Edwin de Herder.

I have been a big fan of Edwin’s since I first heard him play what is probably my favourite studio recorded electric guitar solo, years ago.

On his new album he has constructed 10 song soundscapes around the enthralling voice and words of Sylvia van Bragt and produced something exhilaratingly innovative.

‘Haunted’ is the perfect opening track (and single}.My next favourite track is the dreamlike ‘Reverie. ’All the tracks on this album are very very good and if you like to be excited about music you should hear this record.

Hear it on Bandcamp 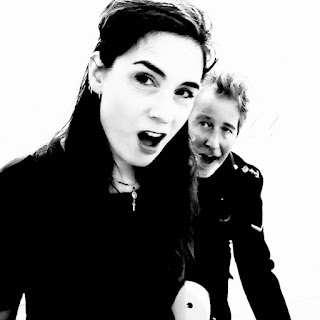 Posted by misfitmanonadune at 11:06 No comments:

I decided to play David Ackles for the first time in a while last night. I have loved his music since I bought 'American Gothic' from the Record & Tape Exchange in the late 1970s. Listening to David Ackles properly requires a certain mood and, tonight, he appealed. All his albums are masterpieces, but my favourite is his first Elektra album. The start of 'Down River' plunged me back in time to the Catskill Mountains in the 1980s, a magical place in my mental mythology.

I first bought this as a tape at a shop in the Catskills, that is probably long gone.

'Down River' one of those alchemy-inducing songs that can a bring a tear of joy to the eye, but is full of deep sorrow.

'Laissez-Faire' might just be the one of the best love songs that has been written.

'The Road to Cairo' is a powerfully moving piece of sad dread. There is a exceptional cover of this song by another great contemporary voice , that of Julie Driscoll, when she was singing with the Brian Auger Trinity.

What makes this album so special in Ackles' sadly very small catalogue, is his backing band, who would become Rhinoceros.

David Ackles' music is held in high regard by many and if you haven't heard it you should.

I urge you to take 36 minutes and 51 seconds to actively listen to one of the greatest and most original song writing voices of the 20th century. 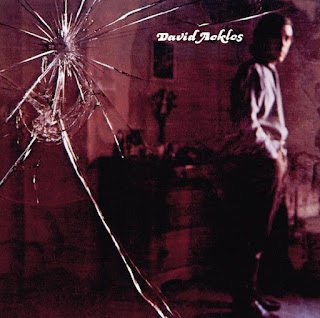 Posted by misfitmanonadune at 08:14 No comments:

The Magpies in Ripon

Last night  I went to Ripon to see The Magpies on the first night of their tour to launch their first album. I didn't know what to expect  as I hadn't listened to their music beforehand but was interested in going to the gig after seeing it announced on Sarah Smout's Facebook page, which I liked after seeing her play cello in Michael Chapman's band  in York last year.  Sarah was not there last night and the band consisted of Bella Gafney, Polly Bolton and Holly Brandon. I was very very impressed. I've been a huge folk fan for most of my life and The Magpies are one of the most exciting bands I've ever seen. They have real charisma and their blend of voices and instruments is stunning. All three write and write very well. Bella and Polly are both really distinctive lead vocalists. Their original songs are extremely good. The standout for me was 'Golden Girl', a beautiful haunting song, inspired by Swaledale (where my lead miner ancestors worked before they walked to Durham to become coal miners).Their covers were interesting and well chosen. I bought their CD (and was actually the first person ever to buy one) of which they unsurprisingly sold quite a few. 'Tidings' is excellent and I've played it more than once today. I've become an instant fan and will make a point to seeing this band again soon.
If you get a chance to see them on their current tour or subsequently, don't miss the opportunity. I'd be surprised if they didn't become stars of the folk music scene quickly. 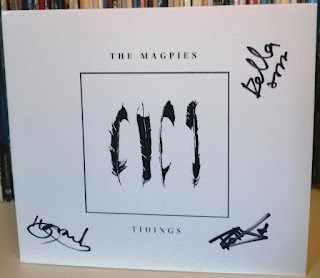 Posted by misfitmanonadune at 13:09 No comments:

This is my first post to this blog in just over 4 years. You can find other activities of mine in other places on the web if you search for manonadune or radioRAERONA. I'll post more about my web radio station later but the reason for posting today is to post a couple of playlists. I was sorting through my unread emails and came across one from 8 Tracks, sent at the end of December saying that they were ceasing streaming on 31st December. The email included the playlists I'd posted on 8 Tracks, so I thought I'd post them here:

A first attempt at a mix here. There are ten tracks, including music by Tom Rapp, The Outsiders and Doll by Doll.

ISB aren't on this but their song about February is in my head anyway. Here are ten tracks including music by Old Blind Dogs and the Tragically Hip

Posted by misfitmanonadune at 05:04 No comments:

a short playlist for mid December

Here's a short playlist I compiled this afternoon:

In September, we visited Belfast for a short break. This was the first time I had been to Northern Ireland and I will definitely be visiting again and hopefully many times. I felt instantly at home in Belfast, which quickly became one of my very favourite places. While there we came across from great music and you can find a link to some videos I shot below:

Posted by misfitmanonadune at 06:37 2 comments:

After listening to music in the car from a usb stick for a couple of years and usually random playing hundreds of tracks,  I'm now driving a car that has only a CD player. It's made me be more actively creative and below is the tracklist, comprising just under 80 minutes of music of my latest CDR compilation.

Posted by misfitmanonadune at 05:16 No comments:

the misfit and the man on the dune